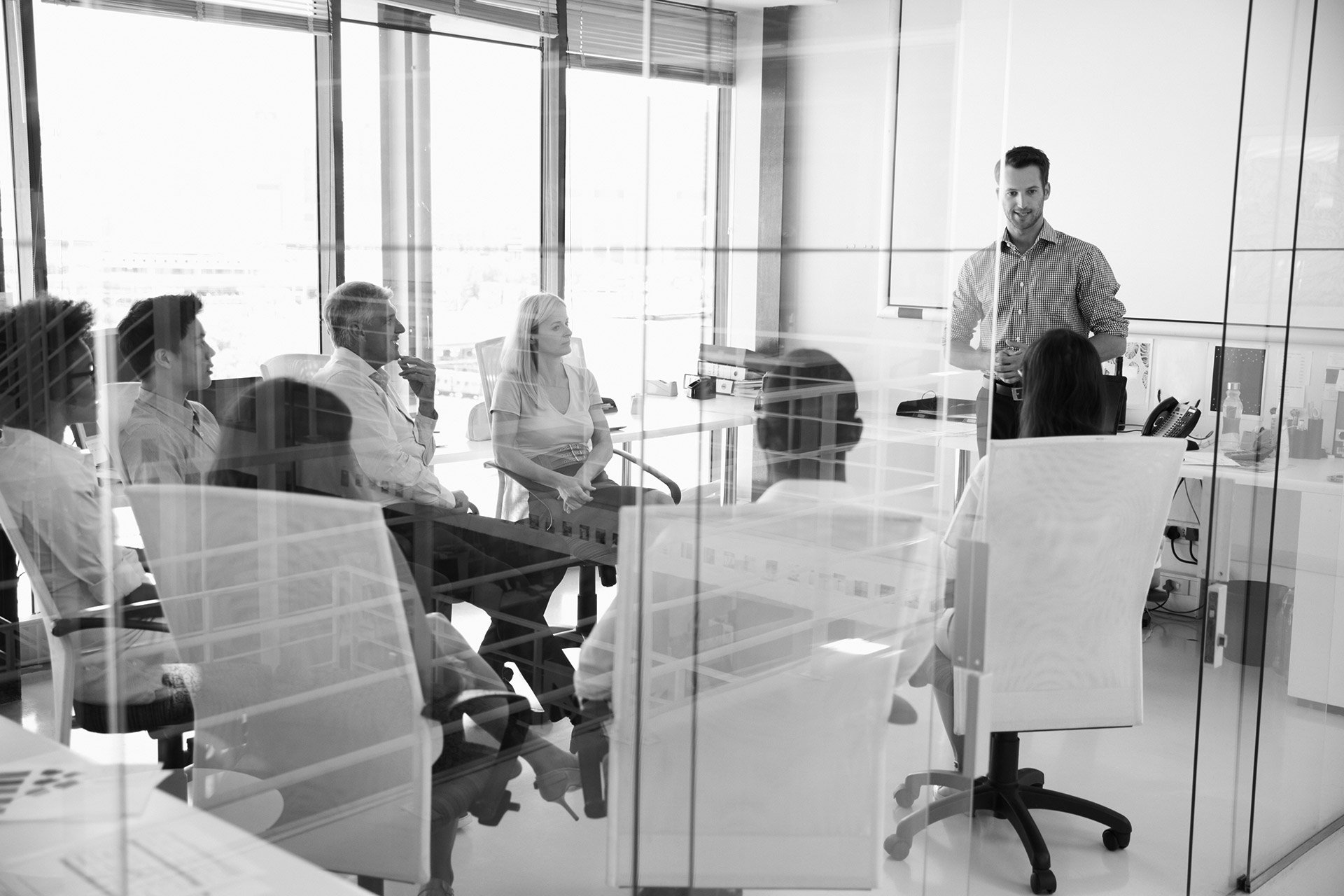 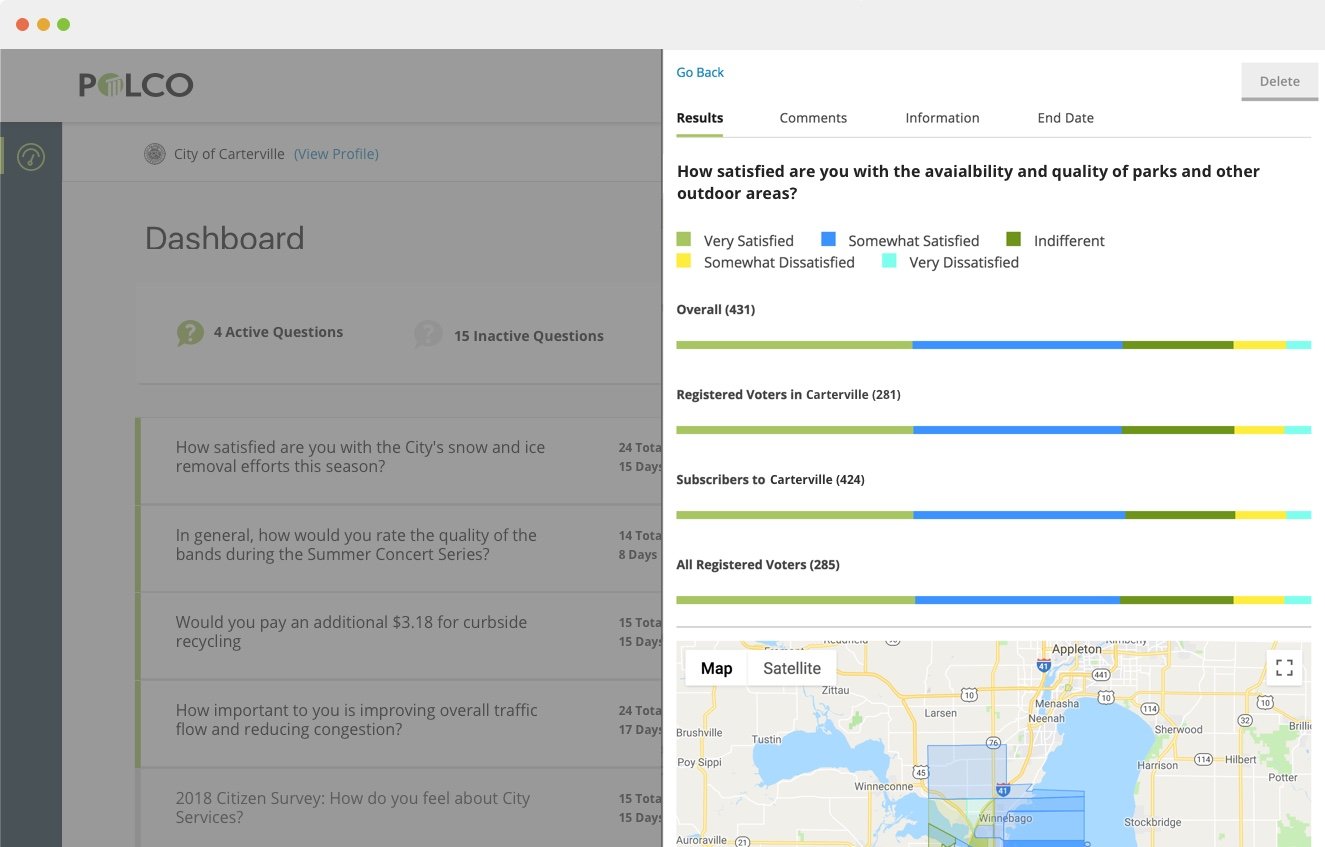 Polco’s software platform has been built from the ground up, in partnership with dozens of municipalities, to provide an online engagement experience that is insightful for planners and staff, while being enjoyable for residents. Polco can also support complementary use by Not For Profit and other community organizations. The software allows officials to post questions to a growing followership of residents about specific projects, key decisions, or baseline sentiment for future comparison. Since Polco can verify respondents using local voter registration files or other verification lists, communities can perform outreach through multiple communication channels to meet as many people where they already are online and still feel confident that responses are coming from local residents and that no one is stuffing the ballot box.

Our Mission and Values

Why we do what we do

Polco is dedicated to transforming how local governments, representatives, and community organizations interact with the communities they serve. We’re all about civic engagement and creatively bringing new and innovative technologies to the front lines of democracy. Our team comes from every walk of life and all corners of the political spectrum, but we’re all problem solvers at heart. Polco is designed to bring people closer together regardless of who they are, where they come from, or how they think. We appreciate and celebrate these differences among our team, too. After all, we’re building something that everyone needs to love, so a broad range of diverse perspectives is important. We don’t look for people with perfect resumes or who “fit the mold.” We look for people who can make our team better. 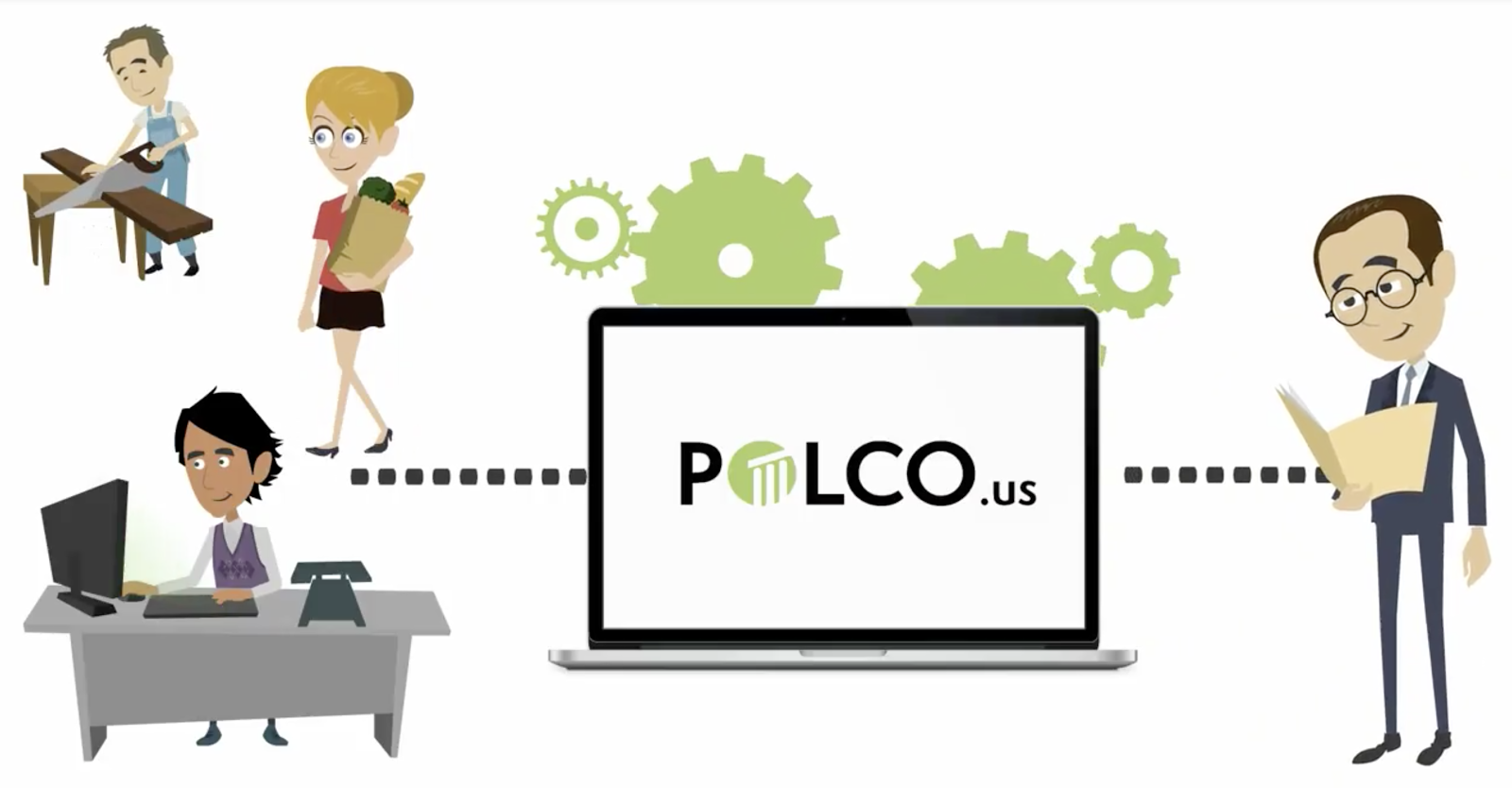 The Team That Makes It Possible

Polco’s team is an experienced group of civic minded technologists: military veterans, former city officials and public servants, software engineers, data scientists, and industry professionals dedicated to improving civic engagement nationwide. To date, Polco’s team has provided both its software and consulting services in nearly 100 municipalities, in more than 23 states, with populations from under 5,000 to over 500,000. Polco’s team and product have been recognized and endorsed by the National League of Cities, International City Managers Association, Emerging Local Government Leaders, and Smart Cities as a leader in the civic communication and engagement space.

Get verified and civil public input on-demand. Request a free trial account to start collecting the data you need to inform decisions today.